Calling a horse a cow, doesn’t make it a cow 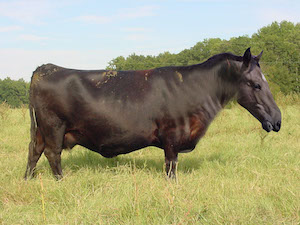 I vaguely remember an anecdote attributed to the wisdom of “Honest Abe” Lincoln. It went something like this:

“Suppose you have five horses, and we agree to call a horse a cow; how many cows would you have? Answer: “Well, I would have five cows.”

“Wrong! Because calling a horse a cow does not make it a cow!”

I thought I’d mention this, because it has something to do with this short article.

A means of exchange, is a unit that helps those who wish to interchange merchandise or services at a given place and at given time to carry out their exchanges through a medium that is accepted by all those engaging in those exchanges.

Merchants arrived at the fairs which were held periodically in medieval Europe [I am indebted to Antal E. Fekete for this example] bearing very little gold or silver; they brought with them only the merchandise which they wished to sell at the fairs and came looking for other merchandise which they wished to buy. They brought little money, because it was dangerous to travel with gold or silver.

Upon arrival at the fair, the merchants went to a center where they could obtain “means of exchange” which were of the nature of vouchers or tokens for the approximate value of their wares. They registered their receipt of the tokens at this center.

With these tokens or vouchers, they obtained the goods they wished to buy, and when they sold their own wares, they received such tokens in exchange.

The tokens at the fair were temporary means of exchange, used to avoid the need to carry out purchase and sale activity with money. When the fair was over, normally each participant had sold all his merchandise, and departed with other merchandise which he wished to buy, without having used money to carry out transactions.

The activity at the ancient fairs demonstrates that the function of facilitating interchange can be filled by a voucher or token which is generally accepted for that function, but that payment does not consist in handing over a voucher or token, but rather in the final reception of merchandise received in exchange for merchandise delivered.

All the merchants at the ancient fairs, considered themselves as paid when they left the fair with the goods received in exchange for the goods they handed over.

Closer to our time, paper promises to pay gold and silver upon demand were invented. Later still, more paper promises to pay were created, than there was gold available to fulfill all the promises: this is known as “fractional reserve banking”. Later still – Bretton Woods Agreements 1944 – the obligation to redeem the paper promise to pay gold was circumscribed to redeeming only U.S. Dollars and only upon demand of foreign central banks. Finally, as we all know, in August of 1971, all link between paper money and gold was severed.

The money that exists in the world since August 1971, is in fact only irredeemable vouchers; no one can demand the delivery of gold or of silver upon presentation of these bills we use, not to speak of the money digits of cyber-money which constitutes the larger part of money in circulation in the world.

Since this money is not a tangible commodity such as gold or silver, nor a legal instrument which gives the owner a right to demand gold and silver upon presentation, this money is only a pure means of exchange and its delivery in exchange for goods and services cannot in reality be considered a payment, which is the discharge and cancellation of an obligation incurred by the receiver of goods or services: an obligation that can only be cancelled against the delivery of other merchandise (which at one time included gold and silver) or services to the seller.

Calling a horse a cow
The holder of this pseudo-money, of this pure means of exchange, be it a person, a corporation or a government entity, has not received payment for work or merchandise delivered – for example oil – until the holder passes on these vouchers which are called money to another person, corporation or government entity in exchange for goods or services. And the new holder of this pseudo-money, in turn, is now the person, corporation or government entity who is the “holder of the bag”, who has not been paid for the goods or services rendered. The need to get rid of vouchers or tokens issued by all central banks of the World, is the prime cause of the phenomenon of consumerism and of the paucity of savings.

The fact that in today’s world a pure and simple means of exchange is accepted as payment for goods delivered and services rendered, denotes an intellectual and moral collapse on a world scale.

The nations that deliver manufactures and raw materials to the world – especially to the U.S., the greatest importer of goods in the world – in exchange for means of exchange (irredeemable dollar-tickets) are not collecting on their exports. They are accumulating enormous quantities of dollar-tickets which are supposedly “the payment” of their exports, when they are nothing of the sort. Until China and Japan, for instance, dispose of their dollar-tickets as well as tickets of other nations, passing them on to others in exchange for goods and services, they have not collected on their exports.

China has not collected on exports, for some $875 billion of dollar-tickets: that is the amount of the reserves of the Bank of China in April 2006. Japan is waiting to collect on $839 billion of dollar-tickets as of the same date, for their exports. (These amounts, include of course, tickets issued by other national central banks, but the larger part of the tickets are of American origin.)

Mexico, like other oil exporters, has received billions of irredeemable dollar-tickets in what Mexico supposes is “payment” for its oil. But, there is no such payment! The central bank is accumulating amounts of dollar-tickets in amounts never before seen: imaginary riches which have less substance than a fragile cobweb.

The people of the world are deluded in a fashion that is the best illustration of Hindu mysticism: that our material world is all illusion. Humanity is using and accumulating pure means of exchange, as if it actually were a payment for its labor and resources. A tragic error induced by men who are ignorant, irresponsible and avaricious, if not malevolent and antihuman.

Humanity will pay a costly price in blood and destruction when it becomes clear that a pure means of exchange – a voucher or token – is not and cannot be the same as a means of payment.

Even if we call a horse a cow, it is still a horse. We can certainly call what we use for exchange today money; and we can regard it as money. But let us be perfectly clear: when we receive today’s money, we are most certainly not receiving payment.

So, is gold money?

Call it what you will. But if you get gold when you sell something, you sure as heck can consider yourself as PAID.