Price ~ The Future of the United States of America: Light after Darkness 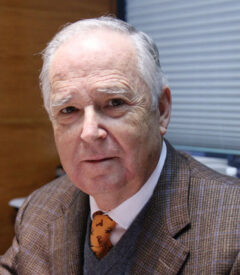 I have relied on no particular source of information in the process of forming an opinion regarding the causes and the promoters of the present disturbances in the US, and their objectives. I browse the Internet like anyone else. My opinion regarding events in the US is the result of my personality: my opinions are what they are, because I am the way I am.

Revolutions always have interested parties at work, and I regard what is going on in the US as the beginning of a Revolution, aided and abetted by a foreign power and its representatives within the US.

The American Revolution II, would transform the dead, flat-broke economy and disintegrating social body of the US into a Military Dictatorship.

The American President, Mr. Trump, is desperately attempting to put out the flames of Revolution, by the very means which further Revolution: handing out money, hand and fist, right and left, to see if he can quench the flames; but the money put into the hands of the senseless multitude only provides the means for further disturbance of the status quo. A good part of the emergency funds provided to the American People are probably going into the purchase of drugs, hard liquor and guns by an excited rabble.

The American Democratic System, reliant upon the government of the nation by one of two approved political parties, is coming to an end. Each of those Parties relied on handing out money and contracts for money, to pacify the population, until reaching the point where that policy cannot work to preserve social peace, because the country is bankrupt.

When President Nixon “closed the gold window” in August, 1971, he did not realize the final consequences of his action: The US proceeded to de-industrialize and closed down its industrial base – in those days, this was called “The Greening of America”. The US had no further use for its industries, since it could purchase absolutely everything it needed, by tendering Dollars, universally accepted by foreign producers. The abandonment of gold, really meant the de-industrialization of the US. But nobody noticed!

The US is approaching its “Weimar moment” – the moment when printing more and more Dollars, by the trillions, is the only recourse left to keep the “US airplane flying” when practically all its motors have been turned off.

There is a financial element in the US, which clearly understands the situation, and has decided that a new political structure for the US is imperative.

The financial imperative will remain in place, because things are what they are. Neither next election, subsequent to the election of November 2020, nor further elections of the President of the US, will alter the destiny of the US.

Inevitably, the fundamental financial and social problems of the US cannot possibly be resolved without the re-industrialization of the US, on the basis of gold as money.

The military-industrial complex: President Eisenhower warned the American people regarding the power and influence of this “complex”. It seems to me, that, as a result of an insoluble political and economic crisis, the US Military will, at some point, stage a “Coup”, with the consent of “Wall Street”, which always looks for stability.

The transformation of the US Government into a Military Dictatorship, which would be presented as an “emergency measure”, would turn out to be permanent; it would be traumatic, but I have to regard it as inevitable.

The Military Government of the US would issue a decree in the following sense:

“All citizens of the US, of sound mind and body, male and female, between the ages of 18 and 60 shall report to the local headquarters of the US Army, for the purpose a) of their formal incorporation into the Reserve Militia of the United States, and for the purpose b) of informing in detail regarding firearms in their possession.”

Thus, the personal use of firearms without Military approval would constitute rebellion against the Government of the US, and rebels would face military justice.

There would be no more political parties in the US, only one single Party, with one Leader. Elements of the financial sector, who would be members of the Party, would carry out the “planning” which would be essential to the Military State.

“Planning” is of course no match for free enterprise, using real money, in the production of wealth. Government plans, practically by definition, are un-economic. However: first things, first: the priority of the Military State would not be economic prosperity, but social control in the first place, with “Free Enterprise” and prosperity as the long-term objective.

The only reason that the world has not already “gone back to gold as money” has been the objection to this measure, on the part of the US, which has insisted on maintaining the irredeemable Dollar as the world’s leading currency.

The US Government has been oblivious regarding the fact that the mighty but irredeemable Dollar had to result in the de-industrialization of the US, which has reduced a large sector of the US population to serfdom, occupying the lowest stratas of income in the nation, along with chronic unemployment of masses of people – all the while massively enriching a very small sector of the population.

This action on the part of the US Military State, would be very much to the detriment of China, which has hitherto gorged on Dollars, which it has received from US purchases of Chinese goods. US companies, which are now operating in China, would bring home their factories, as the costs of American wages were reduced.

The US would provide irredeemable Dollars for the use of the American population, but all exports and imports by the US would be denominated in gold. The gold from exports would be turned over to the US Treasury, and the exporting American entities would receive credits in Dollars.

Social peace would become a characteristic of the US. In a few years the US would once again become a prosperous country – as prosperous as any other – but initially, grinding poverty would challenge all the intellectual resources of Americans, to re-establish the US as prosperous and important manufacturing country. All disturbances, racial or otherwise, would be promptly extinguished by severe measures on the part of the Military Government of the US.

This may possibly be the future of the US of A, as I see it: “Light after Darkness“.

Written by Hugo Salinas Price for In This Age of Plenty ~ September 8, 2020