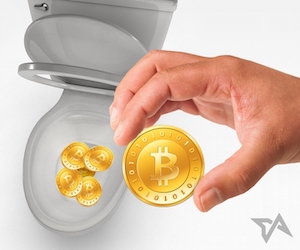 I am not a fan of Bitcoin, for several reasons:

1. Bitcoin relies on the continued existence of a worldwide electronic Internet.

In the event of WAR, the Internet will go down instantly. Goodbye, Bitcoins!

2. Bitcoin is quoted hourly, on CNBC, and its price does not suffer from constant attacks, as Gold and Silver do.

This signals to me, that Bitcoin is accepted by “The Powers That Be” (TPTB).

If TPTB accept the existence of Bitcoin, it means that Bitcoin does not present a threat to the fiat monetary system upon which the World depends today.

This can only mean that TPTB know that they can deal with Bitcoin at their pleasure, when necessary. In other words, there is no real security in owning Bitcoins. We have been lectured on the great security offered by Bitcoin, but we are ignorant about what knowledge the TPTB might have, of which we do not have any information.

3. The existence of Bitcoin is at the very lowest level of physical existence, since it is only an electronic charge.

When we grant this electronic charge a monetary value, this represents a leap of the imagination. If Bitcoin is money, it is imaginary money.

Imaginary money is nothing more than dream money. 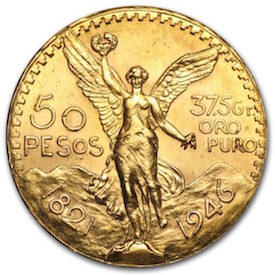 Once a few repeated the mantra “Bitcoin is money”, its “monetary value” began to rise. Fundamentally, Bitcoin is nothing more than a satisfying game to play.

But LIFE is more than playing games. When the time comes, that we have to have some real money in hand, in a life-or-death situation, Bitcoin is going to show us how many fools populate the World.

Written by Hugo Salinas Price for In This Age of Plenty ~ November 24, 2020