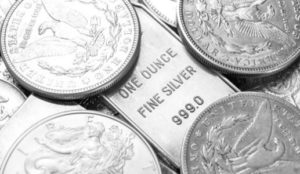 The case for silver in your Golden IRA may be best explained by the following factors, which we believe will contribute to a rising silver price:

1. The level of above-ground stockpiles of silver has reached historically low levels due to 20+ years of accumulated supply deficits. There is today, less silver above ground than there is gold.

2. Two decades of declining silver prices ultimately led to extreme underinvestment in new mines, as witnessed by the massive shortage of available silver for delivery from summer through the closing months of 2008 – a shortage that has continued well into 2013 – in spite of the decline and manipulation of the precious metals markets – DEMAND IS STILL HIGH!. Three major mints were forced to cease production and sales of their popular one-ounce products, sue to a shortage of silver – including the U.S. and Canadian Mints.

4. Silver demand is inelastic. In the industrial uses of silver, the price of the silver contained in a final good is typically a tiny fraction of the production costs. A 10 times increase in the silver price will not cause industrial users to stop buying it, because they have no substitutes. Demand for silver jewelry and silver-ware may slacken at higher prices, but is likely to be more than offset by increasing investment demand. Investment demand, somewhat counter-intuitively, will increase as the price increases.

5. Numerous silver ETF (introduced on the AMEX in 2006) around the world have lead to a flood of new money into silver, and many questions as to whether the silver is actually there to back up the contracts.

6. A continuing falling U.S. dollar will cause hard assets to appreciate in dollar terms. The dollar must ultimately fall, due to the record trade deficit and debt levels (public and private). The dollar has lost over 60% of it’s value against the EURO since January 1, 2002. In addition, since 1985, according to the Bureau of Labor Statistics, the inflation rate has run 97% in total.

7. In a financial collapse or stock market crash, which it is believed has a good chance of happening as the housing market continues it’s downward trend over the next couple of years, money will flow into hard assets, precious metals in particular. Silver and gold both benefit significantly in this scenario.

8. Modernization of China and other third-world economies, combined with rising standards of living will lead to continued demand pressure on commodity prices (in particular metals) for the next 20 years.

9. Silver, when viewed in inflation-adjusted terms, is still trading near all-time lows, even after rising approximately 300% since 2001. 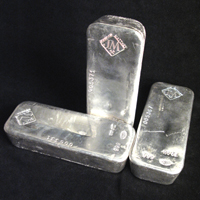 At some point, we believe silver will rise above $50.00 and eventually above $100. (There are even some, who believe that silver will reach nearly $200. per ounce before this run is over.) This process will most likely take several years to play out, although we’re starting to see signs that the fun is beginning once more. Silver has moved up very steadily, but it is not at a level considered risky for the long-term.

No market moves straight up, and one should expect corrections along the way. During 2011, silver reached levels just shy of $50.00 per ounce, and over the next few months retreated back to the upper $20.00 range. Next it could spike to $60 and correct to $35. An investment in silver must be viewed from a perspective of a several year hold with an understanding that the fundamentals will ultimately demand much higher prices. Not 50% or 100% higher – multiples higher – from 5 to 10 times or more. 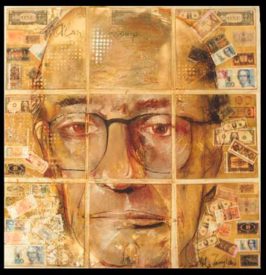 As the silver story becomes more widely known, more and more investors will attempt to capitalize on it. When this happens, don’t be among the hordes of people rushing to buy silver at $150.00 per oz. – be one of the few selling it to them.

We hope that this information will be helpful in your decision to place some silver threads amongst your Golden needles!

Former Federal Reserve Chairman Alan Greenspan once warned us that Social Security is in trouble without major changes. What was he not saying? In 1999, U.S. pension funds were $10 billion underfunded. It’s 14 years later – do you know where your money is tonight? Where will we be in 5, 10, 20 years?

Debt and deficits are now at levels never before seen in history, placing everything you have worked for at risk! But, there is an alternate to the endangered SSI system and 90% of the under-funded pension plans in America today; Simply convert your retirement funds into gold and silver coins, instead of empty paper promises (while you still can). (The Golden Ring > > >)